May Sketch Group on Beale Street!

Saturday, May 5
Beale Street - meet at the Elvis statue on Beale Street between Main and Second
11:00 AM til 1:00 PM
The Beale Street Music Festival is this weekend. Though it does not actually take place on Beale Street, it will be pretty crowded and  you will have to pay to park. But with all of the activity it should be pretty fun!

Hope to see you there!
Posted by Memphis Urban Sketchers at 10:46 AM No comments:

More from our Last Sketch Outing 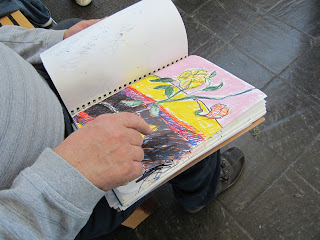 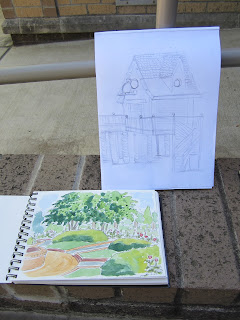 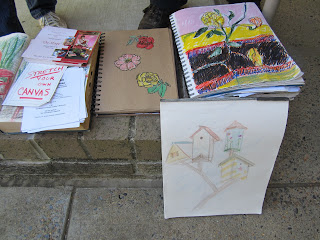 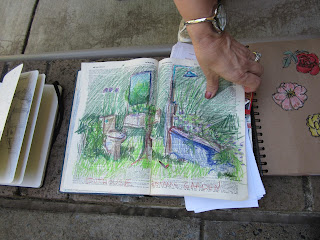 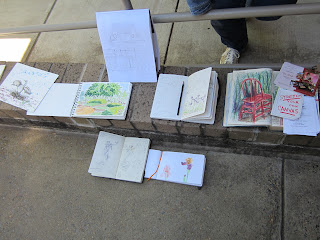 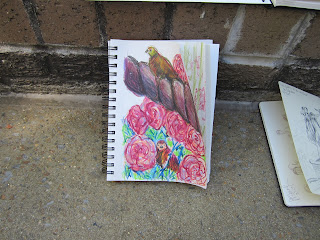 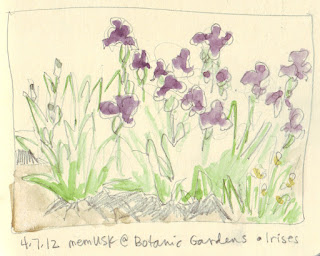 Here's one that I did.

Posted by Memphis Urban Sketchers at 2:42 PM No comments: Tennessee Bicentennial Iris Garden
"In 1953, 2,500 iris rhizomes from the gardens of Mrs. Morgan Ketchum were donated, and the Ketchum Memorial Iris Garden was created. This gift marked the beginning of planned beds and displays for the Gardens of Audubon Park, later to become Memphis Botanic Garden. Later designated as the Tennessee Bicentennial Iris Garden, this breath-taking area with well-tended circular beds and statue of the goddess Iris in the center of a serene reflecting pool, is a focal point for Garden visitors and a scenic spot for garden weddings. Rose Garden
"In 1958, the Rose Garden from Overton Park was moved to Audubon Park, now the current site of Memphis Botanic Garden. 11 years later, Mrs. Vance Norfleet donated the fountain that is currently the centerpiece for the 75 species of roses located in this garden. Since its major renovation in 2001, the Rose Garden has been a major attraction for visitors. It is maintained with the support of The Memphis & Dixie Rose Society.

Roses have been cultivated for hundreds of years, creating many varieties within the three main types, modern, antique, and climbing. Our Rose Garden is fashioned after formal gardens of the past. The center beds contain modern roses, most of which are either hybrid tea, floribunda, or grandiflora roses. The beds on the outer rings of the garden consist of antique and climbing roses.The Rose Garden begins blooming in late March or early April, and continues throughout the warm season, with some still blooming as late as Thanksgiving." -MBG It was the perfect day and time of the year to sketch at the garden. The Iris Garden and Rose Garden had beautiful new blooms.

Sketching at a Local Park 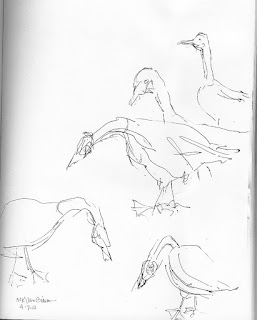 We sketched at a local park that this last Saturday. It was gorgeous out! Mary K VanGieson sketched the geese, when they stopped fighting long enough, and the beautiful koi who just wanted to be fed. 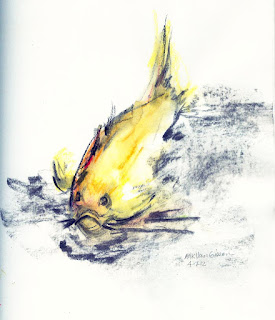